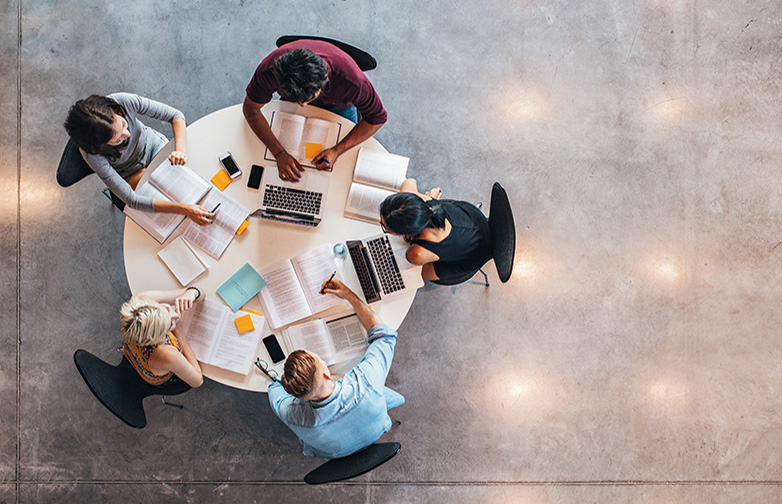 As an organisation, Eton Bridge Partners have a keen sense of Corporate Social Responsibility, and we regularly offer support to local charities that we’re well-positioned to help, and whose values align with our own.

We have recently been working with Learning to Work; a charity that links businesses with education to help prepare young people for the world of work. Each year Learning to Work helps over 18,000 young people through a variety of activities including work experience, business insight days, careers and apprenticeship events and inter-school competitions, as well as support for Special Needs and students struggling with mainstream education.

Eton Bridge Partners have been working with Learning to Work for the past 3 years, and two of us from the team recently joined an interview day at Learning to Work – an experience we would like to share with you:

“I attended the interview day to conduct mock interviews with a group of 15/16 year olds, offering feedback on their covering letters and CVs.

I was struck by the variety of different approaches and styles. Many of the students had received little or no formal instruction on how to write a job application. With so much on the academic agenda of schools, there is little time left to consider supporting students’ entry into the workplace (those students I met had just sat their mock GCSEs). This further highlights the importance of experiences such as this offered by Learning to Work.

Perhaps my most striking observation of the day was how many of the students lacked confidence in themselves and their abilities. Three quarters of the students I spoke to cited shyness as their primary area for improvement. These same individuals described themselves as outgoing, adventurous and social within their friendship groups. At the idea of speaking to an adult ‘stranger’, however, they became shy and tongue-tied. After some time talking with me and a little coaching, these students became visibly more relaxed, spoke more naturally, and were better able to express their strengths, hopes and ambitions. By the end of the day, they were proud for having completed a challenging activity that took them out of their comfort zone and came away much more confident in their ability to interview well. This is a huge endorsement of the worthiness of the Learning to Work initiative, and as a facilitator I took great satisfaction from seeing the students come away more assured in their abilities.

To anyone considering supporting such an initiative, I would say – don’t underestimate the impact that it will have on you also. I discovered that I rather enjoyed the coaching aspect of the day, which is something I hadn’t tried before. I came away not only with the sense of having made a positive difference and contributed to a worthwhile cause, but also with a better sense of my own purpose.”

“For my interview day, all the students I met were the same age and are due to sit their GCSEs this summer. It was a busy day, with seven students to interview back-to-back. On the surface it was a difficult day – none of the students I met had prepared fully for the event by writing covering letters, and only one had written a CV. One of the other volunteers sitting near me had three no-shows from their expected seven meetings. Almost none of the students I spoke to have any real idea what they are going to do after their GCSEs, let alone any longer-term plan.

Student feedback from the day was extremely positive though, so what went right? Firstly, the framework provided by Learning to Work was excellent, giving us a platform to develop conversations – we wouldn’t have achieved much without it.  Secondly, with teachers so busy these days, with them being pulled in so many different directions, I think the students really appreciated someone from the world of work giving them the time and effort to listen to their goals and help them find a way to achieve them.

For me, I believe that the impact we, as mock interviewers had, went beyond a quick lesson in how to draft a CV – when I looked around everyone was engaging with the students on a much more personal level. From wanting to work at CERN, to training to be a car mechanic, being able to help these students flesh out their ideas and potential routes to succeed gave me a lot of satisfaction.”

Feedback from the students was very positive, with 91% stating that they were more aware of their own strengths and what they can offer an employer. 84% felt that their self-confidence had increased.

Comments from the students included:

“Very useful experience that makes me think of my strengths and how to show them”.

The Learning to Work initiative has huge value and Eton Bridge Partners would thoroughly recommend this scheme to anyone looking for a way to make a difference. The ability to influence and transform the way that others perceive you is a key skillset for the world of work. It was a pleasure to be able to share some of these world lessons with the students.

For more information and to get involved, please see their website: http://learningtowork.org.uk/

Becky manages day-to-day operations at Eton Bridge Partners. She is an advocate of continuous improvement and seeks to provide joined-up ways of working across the business. She enjoys running projects as they always give the opportunity to learn something new. Previously an Executive Assistant and a Researcher at Eton Bridge Partners, she has first-hand experience across multiple functional areas that gives a unique insight into the business.