Home / From virus to vaccine, checking the pulse of the global recovery

From virus to vaccine, checking the pulse of the global recovery 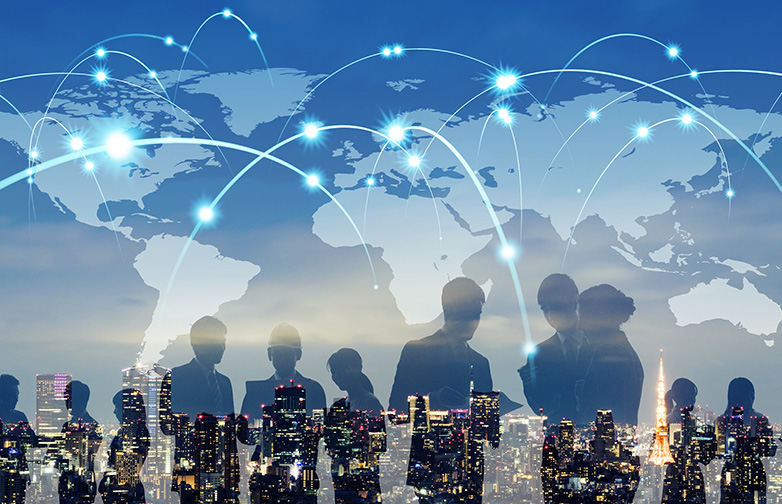 Louise Chaplin, Partner and Head of Eton Bridge Partners’ Board Practice, was joined by Janet Mui to discuss ‘From virus to vaccine, checking the pulse of the global recovery’ in our recent webinar.

Our expert guest speaker, leading global economist and media commentator, Janet Mui, discussed the global economic outlook, exploring where we are in the business cycle.

You can listen to the full webinar recording here.

After a disastrous year in 2020, we are seeing strong economic rebound in 2021. We should not only be optimistic for this year, but also for the next couple of years as we prepare for the start of a new economic cycle. 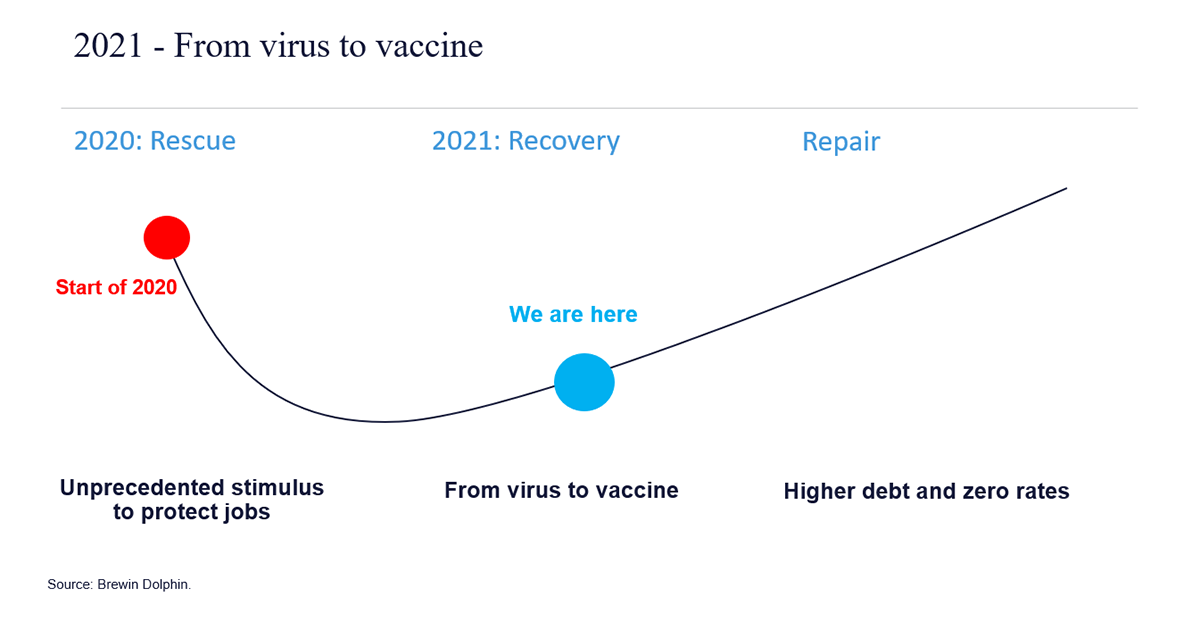 The Federal Reserve and other central banks are committed to keeping rates at or below zero for a long time. Corporate confidence is coming back, with recent surveys showing a rise in investment appetite. Beyond the pandemic, governments will focus on rebuilding a more sustainable and greener economy, with huge investments from the public and private sectors. The green investment is also likely to create more jobs and improve productivity. This kind of longer-term payoff is very hard to quantify, but it should unlock better and more inclusive growth.

Assessing the key risks to markets and preparing to move forward

The key risks facing markets are inflation, corporate taxation and geopolitics. The rise in US inflation was driven by a demand resurgence in sectors hardest hit by the pandemic, supply and demand mismatches, rising commodity prices, the weak dollar, and some wage pressure in low-income jobs. We believe the inflation acceleration will be transitory, rather than persistent.

The rise in corporate taxation is almost inevitable as governments are looking for sources to raise tax revenues to pay back the huge Covid spending. The agreement from G7 to set a global minimum corporate tax rate of 15% will particularly hit tech giants and multinationals. That said, the timeline for enacting the proposal will be long, as it requires global consensus and complex changes in tax regimes. The hope is that better economic growth can offset some of that pain, but businesses should be prepared.

Lingering geopolitical concerns, especially between US and China, will remain a risk to watch out for within the market. The Biden administration is hoping for more international collaboration to counter the rising Chinese influence, but it may prove difficult as many countries are increasingly reliant on China economically. Overall, we expect the current geopolitical environment to be more benign than it was under Trump.

In terms of the longer-term recovery, we believe that the main opportunities are in technological innovation, green energy transition and looking to the East (towards Asia).

Technology dominance will stay as habits have changed and adoption has accelerated. Investing in the ‘winners’ in an age of digitalisation and disruption will reward patient investors in the long run.

Momentum to tackle climate change looks set to increase post pandemic. Transition to green energy is a big focus, for instance, G7 governments are striving to ensure that most of the new passenger car sales are not petrol or diesel-powered by 2030 or sooner. The G7 leaders have also confirmed the commitment of wealthier countries to spend $100 billion to help the developing world cut carbon emissions. Investors should be increasingly mindful of how their portfolios screen on environmental factors.

After a decade of US market dominance, looking East, it could be Asia’s turn to shine. China, the leader in the region, has transformed from a low-cost manufacturer to a superpower in premium technology, like 5G, EV, robotics etc. Domestic consumption will be an important growth story. China is expected to grow by about 4.4% per year on average in real terms over the next decade; that means GDP and incomes per capita should be about 50% larger by 2030. The estimated increase in income over the next decade is estimated to be $9 trillion, which is the equivalent to the entire GDP of UK and Germany combined.

Overall, the message is that it is important to stay invested. We expect a positive economic environment and despite the various risks and challenges ahead, staying invested in a diversified and well-researched portfolio is key to preserving wealth, beating inflation and planning for the future.