Home > Insights & Inspiration > Insights & Research > How is the current geopolitical situation affecting supply chain – and how do we avert future crises?

How is the current geopolitical situation affecting supply chain – and how do we avert future crises? 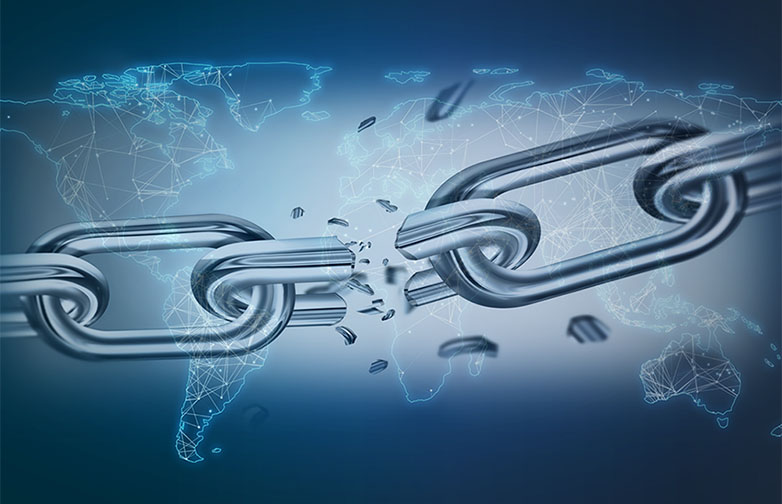 We appear to be living in an age of perma-crisis. The impact of Covid-19 has been quickly followed by the awful events in Ukraine. What has been the impact on the global supply chain? What might happen next? And how should businesses and governments respond?

Ross Dawson, Operations, Procurement and Supply Chain Practice Lead, along with her Eton Bridge Partners colleague Ivan Bates, share the learnings from a thought-provoking and sobering meeting of several senior figures in the function:

Can you sum up the challenges to supply chain posed by current geopolitical issues?

Ian: One of the things people don’t realise about the situation in Ukraine is that, while the war is going on there, nobody is sowing crops. That risks leaving the world with a 10% shortfall in wheat, and 50% in sunflower oil. I spoke to somebody in hospitality who has already been quoted a 90% increase in the price of vegetable oil.

The saddest thing is that Ukraine tends to supply less developed countries in places like Africa. Nations suffering already with food supply problems are going to feel the pinch even more.

When it comes to the shipping industry, a lot of cargo ships are caught up in the waters around Ukraine, and the Russians are controlling their movements.

We already know supply chains globally are broken. “Just in time” is a thing of the past. Getting a container from China to the UK is a nightmare. A lot of people have already given up on importing because the costs are so restrictive – and now we’re talking about disruptions to international supply chains due to a war.

Bilal: Ukraine and Russia are big exporters of fertiliser, so the price is going up. Farmers will use less, and crops will have a lower yield and quality. Then there’s a big dependence from the European car industry on components that come from Ukraine.

Arnaud: The Arab Spring started in Egypt because the price of wheat was so high – and the population was mainly living on bread at the time. It is quite conceivable that we might have another Arab Spring, or something similar, very soon.

Nigel: Who are the global price setters for these commodities? In the oil market, it’s the Saudis. People have always assumed the Saudis have lots of spare capacity, but in fact they don’t. Believe me, if people had spare capacity today, with oil at $115 a barrel, they’d be using it to capture that price. Most western nations are flat out in terms of production.

The Saudis have little spare capacity because they’re looking at the energy transition, and the decline of oil. We’re now only investing 10-15% of what was being invested in oil to bring on new production in 2014. So until you can get new capacity on, or you can reduce demand, these prices are here to say. It takes years to bring on new capacity – and it would be a brave oil company to start investing heavily in fossil fuel capacity today.

What do you believe will be the consequences in the short and medium term?

Fabio: Consumer prices are going to start hitting people’s pockets. Consumers will vote with their feet and buy less oil, which will impact the price.

And if people stop shipping from China and start sourcing domestically, China will have to do something about the price of the freight. Everyone is on a profit drug at the moment – and they’re using the war and Covid-19 as excuses.

We’re only just starting to see the impact that the pandemic will have on the economy, there’s still a way to go. We’re going to see further hikes in interest rates. When it starts hitting people’s pockets, we’ll see a host of changes in demand, and that’s when we have to re-evaluate and see where we really are.

Ian: But if we stop sourcing from China, and setting up manufacturing, it’s a similar situation to what’s been said about sourcing gas and oil. Someone has to build the facilities and train the workforce to do what the Chinese do really well. It can be done but it will take a long time to switch on.

Fabio: People talk about moving from offshoring to nearshoring, but at the moment any country on the border with Ukraine is at risk – and that’s where that nearshoring opportunity was. People are looking at more traditional countries like Germany, Italy and France, but that comes at a premium. There’s a balancing point between sourcing closer to home against sourcing from Asia.

Nigel: I saw President Biden say the USA would supply Europe with LNG. So instead of exporting a cargo to Asia, he would export one to Europe. But that means the Asian demand will have to be met from elsewhere, and where will they go? Russia, because that’s where they’ll get it cheapest at the moment. There’s no new commodity coming on to the market, it’s just going round by different trade routes.

Bilal: For the last 30 years, globalisation was based on the world being at peace, and commercial co-ordination. Has this been blown out of the window since the situation started worsening between China and the USA? And now Russia and Ukraine? Should businesses and boards re-think their whole globalisation strategy? And if they do, what is the future of the multi-national?

Jonathan: Even if the war ended tomorrow, and I hope it does, I suspect the sanctions against Russia are going to be in place for a long time. So is Russia going to become the next Korea and be heavily embargoed? If that happens, our entire geo-economic supply chain is going to be turned on its head. I don’t think people have really got their heads around that yet.

What can be done to protect the supply chain and the world economy as a whole?

Nigel: We’ve had seven years’ advance notice that what happened in Ukraine was going to happen. Ideally, supply chain should be fully resilient to this by now, and yet we’re only just getting into discovery mode. I keep asking myself the question, what went wrong?

Jonathan: The first step should be to make people aware of the problem. I don’t think there’s a realisation at the executive level about how big this disruption could be, and how long-term it could be. Once people are aware of it, and the potential knock-on impact, they’ll start thinking about what to do to fix it.

Fabio: It’s possible to make comparisons between the post-war period and post-Covid – obviously, enhanced by the Ukraine situation. We can learn from that recovery, how countries got out of their economic situations. But at the moment, the number one focus is profit. We tend to look at it on a micro scale as opposed to the macro environment and until we’re happier that the micro is under control, it’s going to be a struggle to worry about the macro.

Nigel: People talk about rationing – we were very close to rationing during the lorry driver shortage. If you look at some of our supply chains in terms of bringing energy in, you only have to have a couple of cargoes that don’t arrive on time for whatever reason, and we could be looking into rationing.

We should be thinking that we are in a crisis situation, and therefore you need a crisis team to start thinking through scenarios – and what you would do in a worst-case scenario.

Fabio: The profit line is going to be the first thing challenged on the back of increased freight rates and increased costs of labour and raw materials. I cannot see an end in sight. It’s almost as if we need a global crash. Every week something is rising – the cost of fuel, timber, then fuel again! You can pass it on to the consumer as much as you want, but there’ll come a point when the consumer just stops buying – and then companies will cease to exist. I think we’re going to see some big scalps in energy, groceries and consumer goods.

Bilal: It feels like there have been a string of crises, but the challenge is that the problem keeps changing and, therefore, a different solution is required.

Ian: The Government might step in and start to encourage farmers in this country to grow different crops. But they need to understand that crops are in the field now, so we’d have to wait for that cycle to finish before we start new ones.

Somebody in the Government needs to have a long-term strategy for dealing with the problem. We’ve touched on food a few times, and food is going to be an issue. We’ve got our own agricultural department, DEFRA; what are they actually doing looking to the future?

One conclusion from listening to this conversation is that procurement and/or supply chain needs to have a seat at the top table when the future of a business is being discussed. The impact of supply chain issues could be considerable for a variety of businesses, and their expert guidance in corporate decisions will be crucial.

The state of perma-crisis we find ourselves in might make it difficult to embark on lengthy transformation programmes as the landscape seems to be consistently changing. However, if businesses don’t fix the problems to get the basics right now, the plasters they’re putting over gaping wounds simply won’t hold.

If you could benefit from a review of your procurement or supply chain function, or would like to discuss this topic in more detail, please contact [email protected] as she would be delighted to support.

Eton Bridge Partners stand with Ukraine and to coincide with this roundtable discussion, we donated £350 to the Disasters Emergency Committee (DEC) which launched a Ukraine Humanitarian Appeal to raise funds for food, water, medicine, protection and trauma care for people fleeing the war.

Click here if you would like to contribute to this important cause, or find out more here: Home | Disasters Emergency Committee (dec.org.uk)

How do we manage supply and demand in a constrained market?

The importance of the human touch: How operations and supply chain will be affected by the advent of AI