Leading Reward Transformation as an Interim 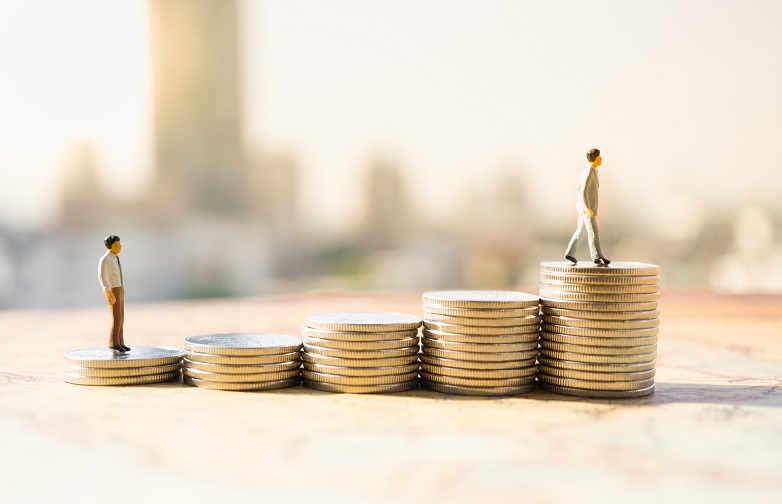 Will Rayden has recently finished an 18-month assignment with LV=, where he was placed by Eton Bridge Partners. At the end of 2017 LV= sold its stake in its general insurance business to Allianz creating through joint venture, the 3rd largest insurer in the UK market. LV= retained ownership of its pension and life assurance business. Allianz will be taking full control of the GI element at the end of 2019.

Will, in his first interim role, has therefore had to manage two remuneration committees (Remcos) and two boards, all through a time of diversification, intense change and upheaval across a large and multi-faceted business.

TB: Why did you decide to specialise in Reward?

WR: At all levels, I enjoyed the analytical side of the work. You have to take a problem and use data and analytics to come up with a solution, for example whether that was to put together a senior hiring package or the outline of a bonus pool for an entire business.

TB: What appealed to you about moving into interim work?

WR: I’d had 24 years in permanent employment and enjoyed it. I’d been a compensation analyst through to several roles as Head of Reward, but I was looking for a bit more flexibility and the ability to take on multiple roles and manage my career differently for the next few years. The interim route gave me the opportunity to do that.

LV= ticked an awful lot of boxes and I was made to feel very welcome there. It was going through a massive change programme that would involve much more than bread-and-butter compensation work.  For a start there were two very similar but increasingly diverging RemCos. The GI Remco was carved out of the LV= FS Remco because of the way the JV had been set up with the initial sale of 49% to Allianz. So, there was a need for duplication at Board level.

TB: What particular challenges did you face?

WR: We were running two Remcos in parallel, but they were diverging bit by bit.  There remained some overlap with members, including the chairman and one of the NEDs.

We were trying to run to the same policies because they were still LV= group policies, albeit the GI part of the business very much had its eyes set on what happens at the end of 2019, when Allianz takes ownership.

Stakeholder management was therefore very important. You could start with a “copy and paste” of agendas as the corporate timetable and governance requirements remained very similar, but there were different populations and different outcomes you were trying to get to. It was critical to accurately serve and add value to all stakeholders on both sides of the business.

Allianz initially took a 49% stake with an option to take a further 21%, which they took up, and then the final piece of the deal is LV= selling the last 30% at the end of this year.

It was an exciting time, the change programme LV= was going through, splitting the business, people, processes, data and systems, was what appealed to me in terms of this role.

TB: How difficult was it to run two Remcos in parallel?

WR: It is a pretty rare challenge, but one that has grown in prevalence with the Ring Fence Banking regulations.  Part of it was operational; we had to do everything twice. But while we might start with the same agenda, we’d then have conversations with the chair’s and one of them might want to go down a slightly different route.

As we went through each cycle, we’d start preparing the papers slightly differently. We had different levels and types of engagement from the stakeholder population, so you were working at slightly different paces, albeit to the same timeline.

Another example would be the LTIPs, The LV= GI remco was still part of the LV= group, so we were still running to the group policies.  The same LTIP construct was used but they would have separate and differing performance measures, appropriate to each part of the business.

While it looked the same on paper, it was effectively two passages of work. That was the challenge, making sure you were having the right conversations with the right people…at the right stage of the process.

It helped that the chairman of both groups was sitting on the Remco, and one of the NEDs was sitting on one and chairing the other. They were in the room for both meetings, as was I, so between us we were able to keep a bit of continuity as well as the appropriate Chinese walls.

TB: How much input did Allianz have?

WR: There were a couple of their directors on the LV= GI board and there was definitely a strong opinion offered if we were looking at things that were going into 2020.

So if we were looking at senior compensation, someone who would be reporting into Allianz, we’d ask how they structured their comp. If we designed something completely alien to what they were doing, they’d have to unpick it later.  There was always a good conversation with those Allianz contacts to make sure we weren’t doing something completely counter to their policies. That said, it was still LV=’s decision, bonus pool, LTIP awards and salary budget for that particular year. Delicate stakeholder management was key.

TB: Who were the critical stakeholders you had to engage?

The other four key people are the chairman, the CFO and the Risk director and not forgetting the HRD, who is more often than not your boss!

TB: What are your top tips for engaging with the CEO?

WR: It depends how the CEO operates. Recent CEO’s were good at reviewing things and making initial decisions quite quickly and easily. As we get into the meat of Remco calendar towards year end, we’ll have regular catch-ups, which keep him appraised of where we are in the process.

The other piece is ensuring the CEO and chair of the remco are as closely aligned as they can be. They will see each other more than I see both of them, but not necessarily in a reward context, so it’s important to ensure they are linked up in terms of some of the more contentious matters. No surprises.

Ultimately it’s the CEO who is putting the proposal forward to the Remco to be approved. Unless you make sure the facilitation happens smoothly, it can get quite contentious in those meetings. That’s not good; you effectively want a robust debate all the way through the process, not so much in the final meeting.

You need to be proving that debate has happened all the way up to the point of the formality of the meeting, where discussions continues. So I’d advise keeping a log of actions so, if you need to go back into the detail, you have it.

TB: What have been the outcomes?

WR: It’s gone really well and I’ve enjoyed the role and the interim element. As an interim, while you are part of the team you are just that little bit divorced from it. You bring an external perspective, you don’t have the history and legacy of all the good years and the more recent harder ones.

You can come in with a much more objective view and a lot of experience.  I found it empowering to be able to bring that to an organisation and lead a great quality, professional Reward team through this change journey.

I’ve worked with a really good, fun, knowledgeable and experienced team. I’ve enjoyed the challenge of the change process and taking people through that. There’s been highs and lows from their perspective; people want to know “Are we being sold?” “Are we still going to have a job?” “What am I going to be doing?” It was good to help the team through that.

It’s gone very well and I would definitely recommend the interim route, when the opportunity is right for you. For me it was a really natural step at that time in my career and I went in with my eyes open. When the role came along it was the right thing to do.

TB: Any advice for your peers in HR and Reward?

WR: Stakeholder management is key. As an interim you need to have early engagement, to get in and build and maintain those relationships. It means you can facilitate a lot of the work going on and the tricky agenda items that might be there from a Reward perspective.

Organisation is always important; make sure you have a methodology. I saw this running two remcos in parallel; if you are organised you can minimise the duplication. Making sure you’re not repeating yourself.

Having said that, you don’t want to turn up at the decision-making meeting having not had any of those discussions. It’s a fine balance. Educating the executive, non-executives and the next level down in the way compensation at this level in some sectors has got more complex over the last few years is also important for the Head of Reward. Why do we have a risk-adjusted remuneration process? Why do we need to do it this way?

TB: What are the upcoming trends in Reward?

WR: Wellbeing is a very big agenda item across HR and, from a reward perspective, we probably need to focus a bit more on financial wellbeing.

At LV= we worked with an organisation that helps people to make informed decisions around their pension choices. The next step of that is much broader, allowing you to focus on what might be relevant to you at the time. Maybe you’ve walked out of uni with a lot of debt, or you want to save for a mortgage, or you want to start to pick up your retirement funds. All those pieces are something we need to help get our employee group much more informed about.

Employee populations are changing, and we need to ensure that we continue to offer competitive, flexible and innovative reward packages that drive an engaged workforce.

An organisation has a responsibility to provide core levels of reward to employees: pay, some element of variable pay and core benefits such as pensions, medical and some insurance. Then there’s non-core benefits, flex programs, recognition and wellness.

Will, thank you so much for your time and energy through the project and best wishes for your new role with TSB.

Ten traits of a good interim: How you can display them – and how an employer can spot them

The Diary of the Secret Interim, Part 3