Notes from a headhunter’s desk – September 2020 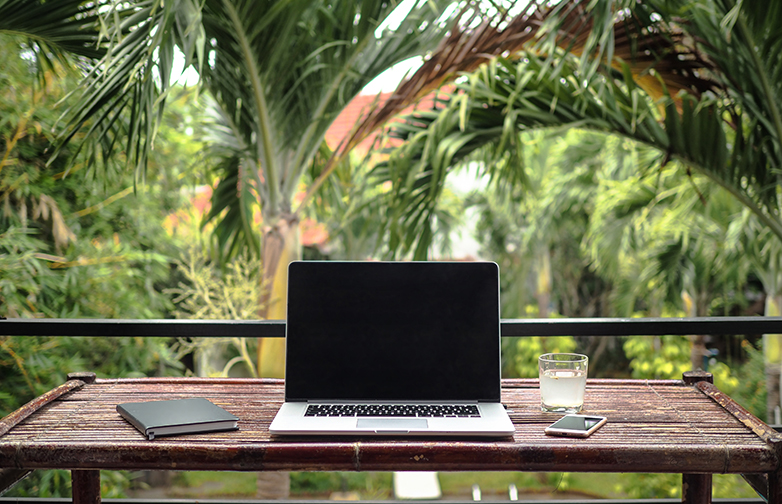 As pupils return to school and workers are invited back to the office, it is tempting to believe a semblance of normality is resuming after the enormous upheavals generated by the coronavirus pandemic.

However, the reality of the economic impact of Covid-19 has not yet been fully felt in the UK. Although there are some distinctly encouraging metrics to be found, it is no easy task to predict the long-term consequences of the events of this extraordinary year.

How high will unemployment go?

As we move towards the conclusion of the Government’s furlough scheme, many of our clients are wondering what effect its conclusion will have on the number of people without jobs.

I sense the public and business will tolerate a situation where unemployment is sitting below 10% of the working population. However, if the total goes above that level, the Government may be more inclined to offer further support or intervene on a sector-by-sector basis.

We have not yet seen large-scale unemployment in senior financial roles. We may see people released if they have not performed well over the last six months; others will lose their jobs if their company folds.

It is fair to assume that some sectors, such as technology, will recover more quickly than others. In areas such as high street retail, casual dining, the performing arts, travel and aviation, however, it is hard to see a swift recovery until a vaccine is widely available.

There are encouraging signs from researchers in Oxford that a vaccine is on its way before the turn of the year. That would be the best Christmas present for everybody in the country.

Working from home has changed the landscape

There is a clear impression that the Government is keen to encourage people back to their offices, in part to reinvigorate the centres of our towns and cities. However, many people who have worked from home during the pandemic have enjoyed their life free from the time and money spent on commuting.

It is very noticeable that leaders in the financial sector are not insisting that they need their teams back on site. There is a sense of pleasant surprise that employees have worked hard, been productive and stayed connected to their businesses during the crisis.

Outside London, people may be happy to return to the office for one or two days a week. In the capital, however, with its long and expensive commutes, there appears to be little appetite among the workforce to return to the daily grind.

It was intriguing to see Linklaters, a traditional law firm, introduce an agile working policy under which staff can work from home up to 50 per cent of the time.

The vast majority of people I have spoken to say they simply do not see themselves being back in the office for five days a week.

Changes ahead in commercial property

A reappraisal of working practices will mean a more challenging time for owners of commercial property.

I recently spoke to a client, a listed business with a central London premises for which the rent is £1million a year. They are now looking to move to significantly smaller offices and will save a small fortune, maybe more than half that figure.

While larger landlords may suffer, businesses like Regus could benefit. Having a smaller base in a building where you can rent meeting rooms by the hour is an obvious way for companies to save money. Of course, these changes may not happen quickly as many companies are tied in to long term leases.

Extra flexibility for candidates and hirers

Another potential impact, judging by conversations we have had already with businesses and individuals, may be on the distances people are prepared to travel to work.

If you face a daily commute of two hours each way to your business, it could be a significant deterrent when you are considering a new role. However, making that journey once or twice a week is a far more tolerable prospect.

As a result, employers can look further afield for talent, while employees can realistically plan to move out of cities and enjoy a greater quality of life in rural areas.

The national debt of the UK now stands at two trillion pounds. That is not an inconsiderable sum, and the Government would like to claw it back.

Rishi Sunak, the Chancellor of the Exchequer, is the only Cabinet minister who has come out of this crisis with his reputation enhanced, and it appears he is in favour of raising taxes to pay down the debt.

However, the economic instincts in Number 11 Downing Street may come up against the political considerations at Number 10.

It was interesting to see the latest opinion polls showing Labour level with the Conservatives for the first time in many months. If a rise in taxes will lead to increases in homelessness and unemployment, that could make the Government even more unpopular and it may be a prospect the Prime Minister wishes to delay.

Communication will be key

One of the reasons Mr Sunak has made such a positive impression is the fact that he speaks with authenticity and empathy.

His judgment in the coming months will be important, but so will the way he delivers decisions about the apparently inevitable tax rises heading in our direction.

There is a lesson here for all leaders in business and politics, that speaking to people with authenticity and empathy is essential.

One unfortunate trend recently has been for leaders to make bold, confident predictions – on subjects like track-and-trace and the A-Level results, for instance – that quickly require revision.

The desire to give people certainty during a crisis is understandable, but in a rapidly changing landscape the public might be more receptive to short-term targets rather than grandiose statements.

Our business is performing well

As the coronavirus unfolded, we carried out scenario planning at Eton Bridge Partners that envisaged a worst case, a mid-point and a best case.

I am pleased to report that our performance has been stronger than we feared the market might allow and we are currently between the mid-point and best case. The market has held up better than we expected, with regard to both search and interim.

I am a firm believer in looking on the bright side. We have a Chancellor doing a good job helping individuals and businesses, and the positive figures I mentioned above are highly encouraging.

We know that the UK is an industrious, resilient and prosperous nation – and that tough times throw up new ideas and entrepreneurs who rise to the challenge. Now is a time to be innovative and I believe we will see people creating start-ups that are cheaper to launch because they can be run from home.

One factor that has almost been forgotten is the imminent approach of Brexit. Let us all hope our political masters are not too distracted by coronavirus to seal a deal that allows as much frictionless trade as possible between the UK and the EU.

On a final positive note, as a cricket fan I would like to congratulate England’s Jimmy Anderson on becoming the first fast bowler to take 600 Test wickets. This is a truly impressive feat – and I hope he carries on to take many more in the years ahead.

The Guardian – Covid-19: ‘possible’ Oxford vaccine data will be put before regulators this year