An alternate approach to consultancy: Delivering transformation through interim teams 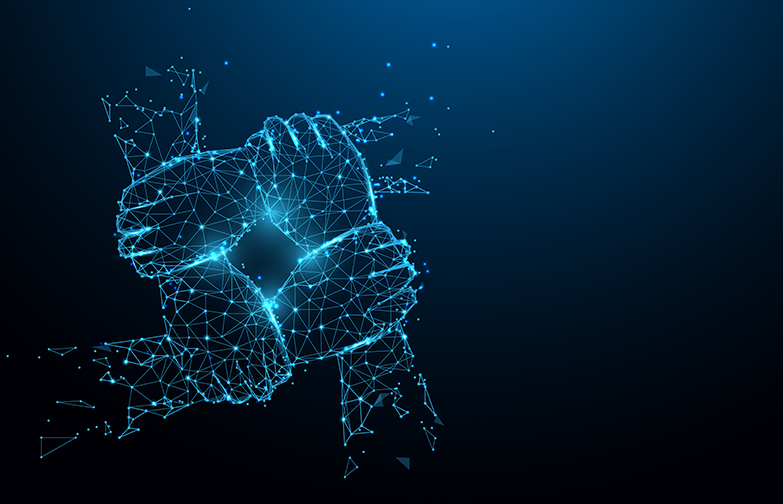 In early summer 2018, Greg Russell was introduced by Eton Bridge Partners to the EMEA CFO of a multi-billion dollar electronics manufacturer. They specialise in data centre critical infrastructure and their PE owners, who had a substantial international portfolio across manufacturing and supply chain. Greg is a seasoned interim Transformation Director and a longstanding member of our Associate Network.

The portfolio company management had already undertaken benchmarking so were alert to the opportunity of change and were considering the options around a BPO-led programme. Greg’s role was initially to provide a balanced and expert view on the transformation options and then a viable business case for Board and PE approval.

“We identified that the company had a finance function in Eastern Europe that could be scaled to provide a captive hared Service Centre (SSC)as a viable choice for the Board to consider alongside the BPO option. I knew that a “Captive” could typically take a much higher proportion of in-country workload – between 80-90% is possible, which really enlarges the business case options. Importantly, it really helps redefine the role of business partnering left in country and improving local management decision making.”

Greg also knew he was up against a time challenge “to make this meaningful choice between BPO and Captive I would have to source experienced interims quickly; interims with a track record of turning a Business Case into delivery and make the cashable savings happen in the same timeframe as BPO. This would provide the Board with a toe -o-toe financial comparison with BPO savings,” said Greg, “and I knew that Aled Homer and the Eton Bridge team had the reach to source such a team.”

Eton Bridge quickly sourced four high quality interim managers, all of whom had previously delivered through Eton Bridge and who Greg had worked with on previous assignments delivering large scale transformation programmes.

“Aled was great at finding the A Team – guys you could trust to handle challenging assignments individually as well as work as a team to deliver the outcomes for the client at pace”.

One of the other challenges arising from the carve out was the need to step up the delivery of a more robust FP&A capability to meet the PE requirements as well as the monitoring of the business as it underwent largescale change.

“I was introduced to a fifth interim manager by Aled and it was clear she had the breadth of experience to understand the changes required and the ability to translate this into the deliverables for the EMEA Executive as well as lay the foundations for the future within a captive SSC.”

Previous experience of building a captive SSC highlighted that sourcing a building to provide the appropriate and scalable infrastructure would be key to the success of the programme. Working with the Eastern Europe-based team to identify SSC locations and timeframes would be the critical path for the programme. This would also provide a key mechanism for recruiting and retaining quality staff.

The location of the existing finance function was “a competitive environment for BPOs and Captives, so obtaining a quality environment with commercial arrangements that would flex with the organisation was a critical success factor for the programme and the [local] management were great at helping us find the best location and making it work.”

Having established and agreed the future Target Operating Model across Europe, the team set out to deliver the relocation of 200 FTE’s of work into the Eastern European site with a 25% efficiency uplift with multiple transitions during 2019. With the programme resourced and launched, Russell moved onto a further assignment with the PE firm and passed the leadership role to a member of the initial interim team who, along with the rest of the team, set about delivering.

There were plenty of challenges and adjustments in the implementation phase which called for both the knowhow, judgement and resilience of the experienced interims already engaged, and some horses for courses adjustment to the team membership Eton Bridge helped source the other members as the programme expanded to full volume. They secured a sixth person to join the team from Germany to be based within the Eastern European operation and provide the experienced anchor for the scaling and structuring of the operation. Additionally, a further two interims were engaged to boost the transition bandwidth to address multiple waves of transition simultaneously.

“Having an individual on the ground in Romania was a great help as she had the practical, regional shared service centre experience and was also able to support the development of the FP&A structure. The initial team used their diplomatic skills to great effect across the board, while the additional two transition support people allowed us to hit the planned completion dates despite a number of client driven delays to the start dates.”

“Having been in the programme from the start, the plan and business case was something we all owned. The challenge was to ensure the pace and quality of delivery to time and budget, which we did. An outstanding performance from a great team of interim professionals,” said Russell.

18 months on the team has completed the transformation to plan and on budget and has created a robust operating asset in Eastern Europe to support future growth. 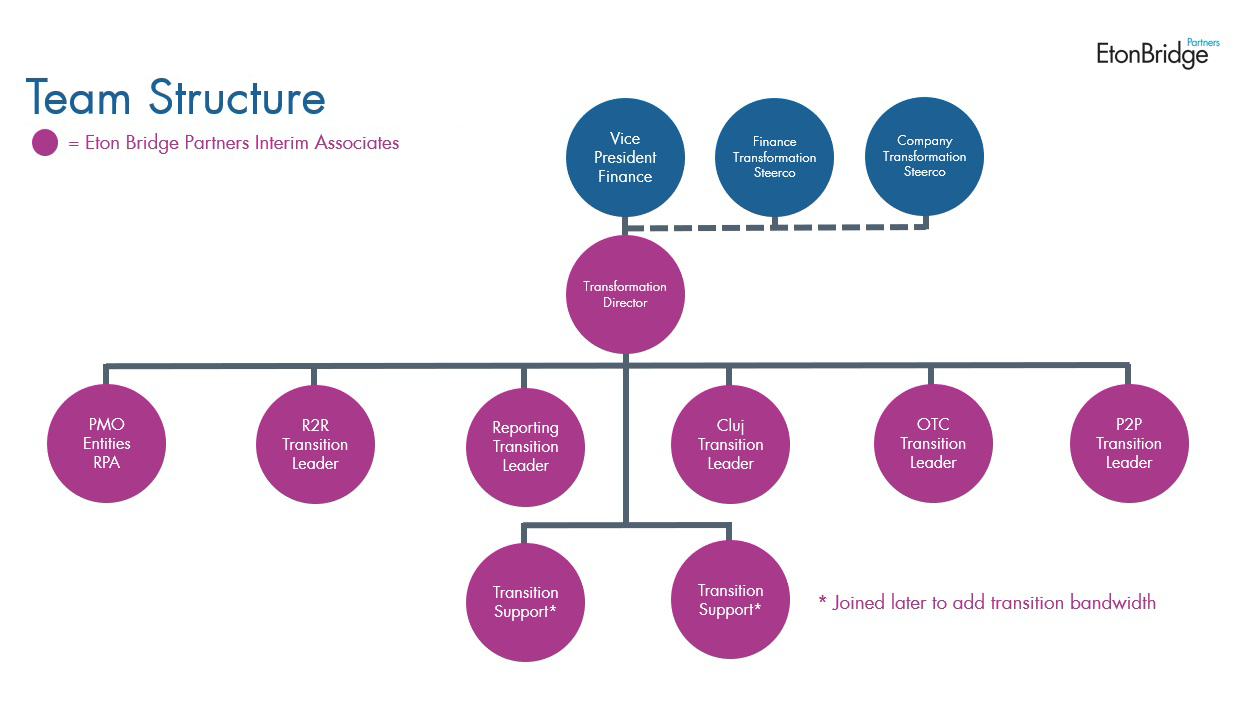