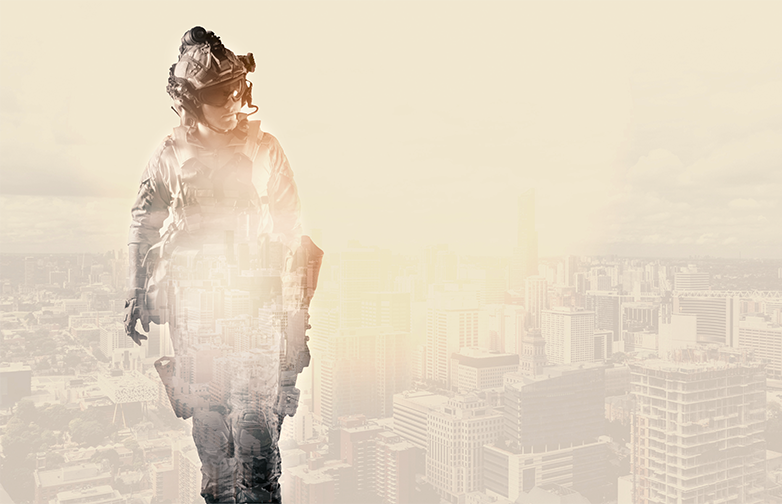 Written by Colin Maclachlan, former SAS soldier and Special Forces Commander. Colin hosted a webinar with Mark Craddock, Partner at Eton Bridge Partners on the topic of resilience, and to watch the full presentation, please follow this link.

“The word resilience has been a buzzword over the past year as COVID-19 has reshaped how we work, socialise and adapt our ‘norms’. Indeed, I have had to re-align my path and goals and decided to write a book on resilience as I have always been fascinated by why we have different levels of resilience, or do we?

If you could cast your mind back beyond a period of when you were a toddler, you would see a 6-month-old baby striving to walk. You would fail, and fall, again and again. Yet you would not be perturbed, not shamed by failure, not put off by the countless attempts you would make. You would go hundreds and perhaps thousands of time not knowing if you would succeed, but you would. Yet for some of us we lose that ability to have an overwhelming determination to succeed and not be put off by failure, to not be phased or shamed by failure. Why?

I started my talk as far back in my life as I could recollect. I had a troubled childhood where the worst things that can happen to a young boy, happened to me. Yet despite the physical punishment I grew strong mentally. This would prepare me for a life in the Armed Forces and later Special Forces (22 SAS). An important lesson for me was learning that I was the ‘gatekeeper of my emotions’ – I controlled how I felt, and nobody could impose that upon me. Control the controllable and trust the process.

The selection process for UK Special Forces is rigorous and from 196 candidates only myself and eleven others remained 6 months later. I was never at the front or even necessarily at the back, I was just somewhere in the middle trying to stay with the pack. I made a conscious effort not to compare myself with others but just do the best I could do and in fact you are always the ‘measure’ for yourself. Setting goals is important though, medium, short and long term and that has certainly helped me throughout the past year.

I talked through various missions I had been involved in ranging from the longest counter terrorism siege in UK history at Stansted in 2000. Operation Certain Death in Sierra Leone where I was in the recce team sent in to rescue five British Soldiers and described how after years of being a hostage negotiator and having rescued many hostages, I found myself one after being captured in Iraq. Being subsequently stripped, beaten, blindfolded and handcuffed it would take all my resilience to get through to the other side and eventually make it back to my base.

I left the SAS but took my experiences with me. Are there ‘tactics’ that civilian organisations can take something from? Absolutely.”

“If you fail to prepare then prepare to fail. Get a cycle that you evolve quickly from, learn fast from failure and harvest success and make that your culture.”

“Plan, Brief, Execute and Debrief then the findings from the Debrief feed into your next plan. Too often businesses work frantically heads down with everyone going flat out without having a lull in the battle to see how we can adapt and improve. The harder you train, the easier you fight so train as close to the real thing as possible.

Don’t underestimate marginal gains those are key and, in our world, can save lives. Don’t fear the unknown or change, embrace it and if you are ever daunted with making a difficult decision or having that difficult conversation, think of the consequences of not doing something. I have never been fearless and often scared but the thing that made me drive forward rather than retreat backwards was quickly considering the long-term consequences. Do this, and you will probably come to the right decision. Remember some of your greatest successes, they were probably the toughest. With great risk comes great reward.

My adventures have taught me many things. Planning and training are key, attitude is everything. Learn from failure, life gets tough sometimes and you just have to put one foot in front of the other and grit it out. Face rejection and losing some battles as I have had doors slammed in my face my whole life. Yet some have led to others. Always remember 6-month-old you, get up, dust yourself off and go again.”

Colin passed selection into 22 SAS first time, aged 23. He was fortunate enough to be involved in some of the more-high profile and daring missions in recent years. Only a handful of men have been involved in hostage negotiations, hostage rescue, and a hostage themselves, and Colin is one of them.

His missions included many extraordinary hostage rescues, he was the first sniper on the scene when a hijacked Afghan flight with 180 passengers landed in London, sparking a stand-off that lasted four days (the longest standing hostage siege on UK soil to date.)

Colin found himself on the other side of a rescue mission after he was taken hostage in the Iraqi city of Basra. Father-of-two Colin only survived long enough for British troops to rescue him because the terrorists who held him wanted to film his suffering in a propaganda video before they executed him.

Colin left the SAS shortly after and is now involved in TV, Book, Radio, and Video Games as well as a variety of charities. He has just founded his own charity Who Dares Cares that aims to link and support veterans as well as others that encounter stress.