Home > Insights & Inspiration > Insights & Research > The path of a CFO: Why the Group Finance route is much more likely to lead to CFO opportunities

The path of a CFO: Why the Group Finance route is much more likely to lead to CFO opportunities 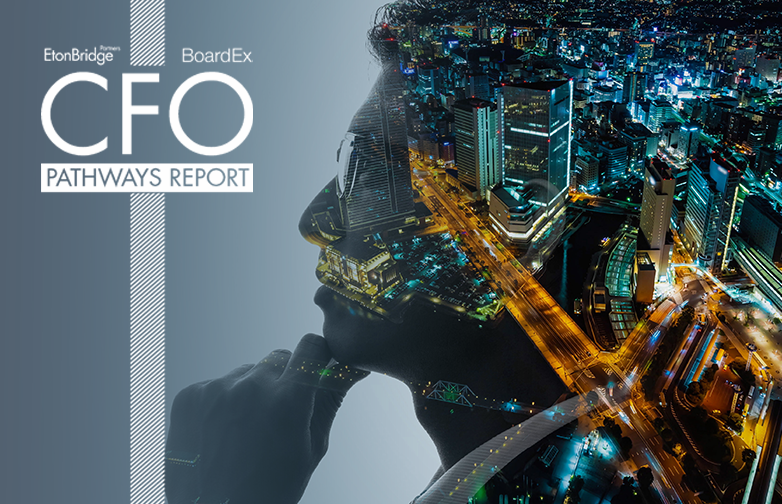 Eton Bridge Partners recently published CFO Pathways, our analysis of research into the appointments of CFOs in 2019 and 2020 in the UK. Mike Trollope, Associate Partner in CFO & Finance, Interim Management, explores one of the most intriguing findings from our analysis.

It was not surprising to learn that the previous job of most Chief Financial Officers hired over the last two years was… CFO. A horizontal move into another CFO position is a well-trodden path. However, the most extraordinary statistic to emerge from the CFO Pathways research relates to the people stepping into the hot seat from non-CFO roles.

This is an incredibly compelling and insightful finding that people at various stages of their journey through finance management will find useful. Not least because it runs counter to the expectations of many ambitious young accountants when taking their first steps on that journey.

Many people who embark on a career in accountancy train in practice and go on to work in an audit-led environment. The most obvious next step from there is to move towards a group finance role. However, many individuals in the early stages of their career do not see this as the most alluring path to take. They prefer the appeal of commercial finance or FP&A. In some ways, there is still a stigma attached to group financial roles; they are seen as less commercial, less hands-on – and less exciting.

Within group finance, your role focuses on consolidating a business’s results across the group, as opposed to enhancing the organisations’s profitability, or working closely with a sales and marketing team. Many people follow that commercial route, which leads them in the direction of divisional finance director roles.

If the extra level of excitement in a more commercial role outweighs the prospect of ending up in a CFO position for an individual, then this is a perfectly respectable choice. But given that we now have evidence of the imbalance between the two when it comes to making you an attractive candidate for a CFO role one day, that choice should be a far more informed one.

For many years I have advised candidates who express a desire to be a CFO one day early on in their career to follow the group finance role rather than divisional opportunities.

The principal reason is that when you move into a divisional finance director role, you are usually exposed to one particular area of a business. In a global organisation, you may become adept at dealing with matters in one region, but typically you will not have oversight and expertise in a variety of territories.

In contrast, an individual who moves through the levels of the group finance function of an organisation will have a far broader spectrum of experience. Overseeing a group finance function will bring you into contact with every department across that business. Within that function, there will be departments that cover commercial, FP&A, internal audit, tax and treasury and more.

That simple comparison helps to explain why a candidate with a background in group finance leadership presents a more persuasive case as a potential CFO than someone who has specialised in regional finance roles.

The evidence delivered by the CFO Pathways research should prove powerful in the future when consulting with people at an early stage in their career, as well as those at a crossroads with a choice to make between the two contrasting directions.

So much depends on a person’s ambitions in both the short and long term. But if you are facing a choice between a divisional role and a group finance opportunity, this report might help you to make your mind up.

There are also two ways of analysing the figure of 61.5 per cent of CFO appointees who were previously in CFO positions. At the moment the market is extremely positive. People are confident about making a move, either because they have spent time away from the office because of the Covid-19 lockdown, or because their business has not looked after them particularly well during the pandemic, or because they are confident of finding an opportunity elsewhere.

In such a situation, a hiring manager is likely to have a wide selection of well-qualified and experienced senior candidates from which to choose. Given the necessity for businesses to hit the ground running as they move through the gears in the aftermath of the coronavirus crisis, it is a logical choice to opt for an individual with CFO experience who is open to a sideways move.

However, at the same time, technological advances such as AI are making businesses simpler to run. Companies who want to implement new ERP systems or transformation programmes are finding this a less complex challenge. As a result, the requirement to hire someone to a senior role with CFO experience is less acute. It is more possible to promote an individual from a group financial director or financial controller capacity with confidence that they will be able to adapt quickly and seamlessly to the more senior position.

I look forward to being able to advise candidates in future with enhanced visibility of the opportunities and challenges that lie ahead if they have long-term ambitions to become a CFO.

Hiring a CFO: look outside your sector to bring in fresh insight

How can Tax and Treasury specialists increase their chances of becoming a CFO?