In early March 2020, I wrote an article about the coronavirus. It wasn’t certain at that point that the outbreak would become a pandemic, but it looked possible. And I speculated about what the impact might be upon our politics. This might be, I said grandly, a 9/11 moment.

In the comments underneath my piece, Times readers were fairly sceptical about my claim. They thought it was typical media exaggeration and at the time, while remaining firm, I wouldn’t have been human if I didn’t wonder whether they perhaps had a point. Now, of course, I’m simply embarrassed I’d compared COVID to 9/11, when clearly it was even more significant.

Revisiting that article, it is interesting which of the debates I anticipated correctly, which I did not, and which I missed.

First, I thought there would be a debate between national sovereignty and international co-ordination. On the one hand, we wish to have an influence on, say, Chinese health standards; on the other, we wish to be able to protect ourselves from any choices they do make. Unfortunately, these two objectives pull in different directions.

Second, there would be a debate between security and liberty. The discussion over lockdown very much follows this prediction. Are the costs of stopping people from getting on with their lives worth paying in order to reduce the death count? Would we rather be free or secure?

Third, I predicted a debate between conspiracy theorists and science. There has been one, but the more serious debate has been between mainstream scientific opinion and those championing more niche views. Mainstream science has won a cleaner victory than I might have feared.

The fourth debate I anticipated was over animal welfare spurred on by the belief that poor standards in Chinese animal markets had caused the pandemic. As that belief faded so did the prospect of this debate.

So, what did I fail to see? The biggest miss was economic. Dealing with the pandemic has restarted all of the arguments about public spending that the government hoped that they were beyond. There was already some tension between the free-spending attitudes of the prime minister and the more fiscally conservative view of the Chancellor. I missed that the pandemic would make this tension much more difficult to manage.

This is linked with another debate the pandemic has prompted and which I didn’t foresee in March. What is the role for the state? The Conservatives were already repositioning themselves after the 2019 election. Their voters are now more often clients of the state in some form. The response to the pandemic will make voters less susceptible to the idea (even if it remains true) that there are limits to what the state can be expected to do and what can be afforded.

My prediction for the coming year is that the debate over the state will come to the fore as the Chancellor struggles to prevent temporary Covid financial measures from becoming permanent state spending.

What will be the political impact of Covid-19 on the government and the politics of the nation? A good place to start is by watching Jaws. 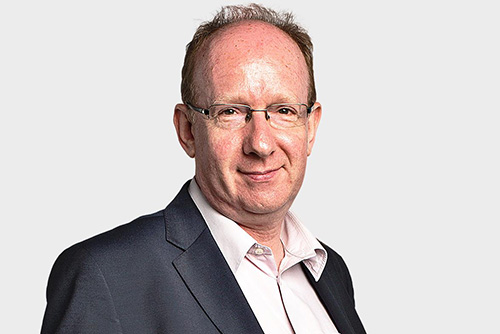