Developing new talent in the Boardroom: Aspiration vs. Reality?… 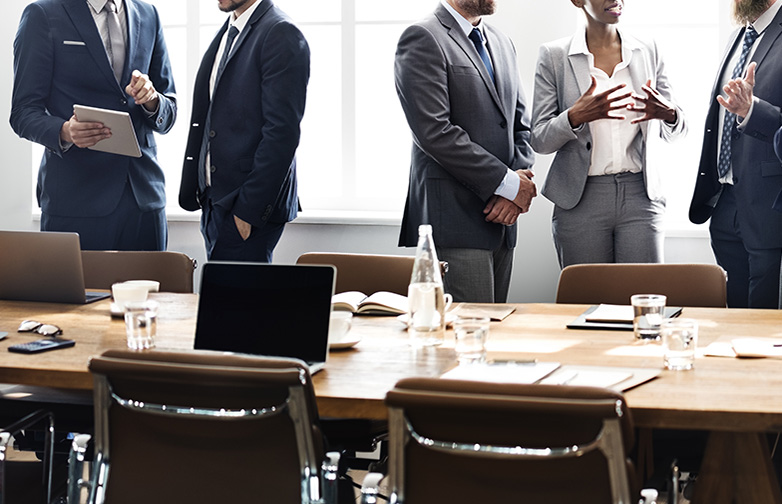 It was a pleasure to co-host, along with NEDA, an interactive breakfast briefing at London’s Hotel Café Royal attended by over fifty Business Leaders.

Graham Durgan, NEDA Chair, led a wide-ranging discussion with a panel of three Non-Executive Directors (NEDs) – Caroline Britton, Gary Browning and Joel Segal, who drew on their experience to provide a sharp analysis of the trends they have observed in the modern boardroom, and those they expect to see in years to come.

Succession Planning & Forward Thinking: do boards do enough – and do they do it right?

Boards should be anticipatory, looking at the skills and mindsets they will need in future. They need to ask if they are bringing in the right intellectual attributes and diversity of thought – particularly in the SME space.

Everyone on a board must be collectively responsible. If you over-emphasise structure, people can say: “Someone else is dealing with that.” If you have only experts dealing with each topic, you lose the diversity of discussion. If anybody thinks: “That’s not my responsibility because the structure says it’s somebody else’s,” they’re in the wrong job.

Diversity: A debate that needs to take a major step forward

Agility: Boards need to build flexibility into their strategy

The concept of strategy has to change. The era of three-year rolling plans has gone – looking forward three months is challenging enough these days. Peter Drucker’s famous line: “Culture eats strategy for breakfast,” has never been more true.

Awareness of societal impact will change the boards of the future

Our thanks to the panel and the guests who attended – and contributed to a lively Q&A session.

ESG, Board responsibility and the impact of Covid

An ESG reckoning is coming: reporting vs implementation