Home / Net-Zero and the Boardroom: An opportunity for change

Net-Zero and the Boardroom: An opportunity for change 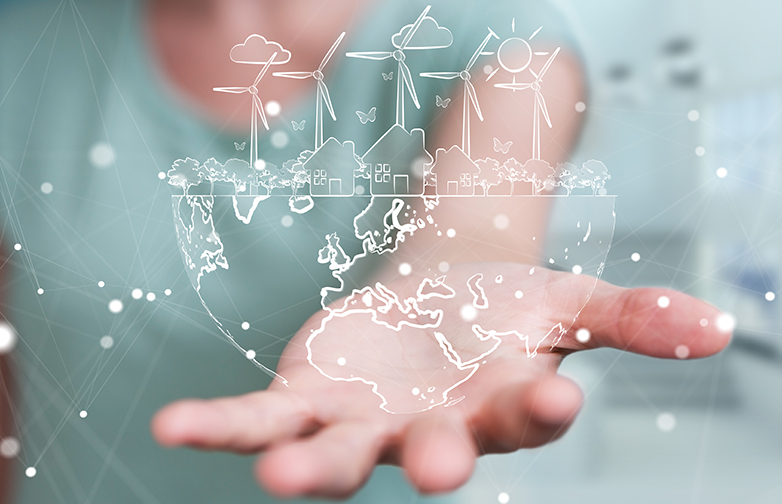 Across our executive network, Eton Bridge Partners is connected to a number of carbon agenda experts, all of whom have played leading roles within global companies or advise boardrooms on this increasingly prominent issue. Today, we speak to two of these individuals to explore the practicalities of carbon reduction, and how the boardroom will need to adapt to the changes.

Signed in 2016, the Paris Agreement set the agenda for global carbon reductions, the long-term aim of which is to limit global temperature increases to 2 degrees above pre-industrial levels. In the aspiration to deliver on climate change, thirty of the world’s largest asset owners have signed up to cutting carbon emissions linked to companies they invest in by up to 29% within the next 4 years. In parallel, asset managers are also pushing climate change as a priority, with Larry Fink, Chief Executive of Blackrock stating, “Climate change has become a defining factor in companies’ long-term prospects … But awareness is rapidly changing, and I believe we are on the edge of a fundamental reshaping of finance.”

Clearly, one option for asset owners is to divest large polluters from their portfolio and limit exposure to carbon-emitting companies in future acquisitions, but this is simply pushing the problem elsewhere.

Irina Gorbounova, an Executive at ArcelorMittal who, as part of her role, is responsible for their carbon reduction initiative, has a view on this issue.

“The focus of asset firms should not be to divest large polluters from their portfolios, but to encourage them to cut emissions and expedite the industry transition to green steel and energy. In case of ArcelorMittal, we see three clean energy vectors to transition the steel industry to net-zero: circular carbon, clean electricity and carbon capture and storage. Underpinning these are, however, massive amounts of investment and a strong commitment of the global boards.”

The drive to reduce emissions and transition to a net-zero economy in the UK is being driven by the government and financial institutions to ensure that financial services will be a critical enabler to hit net-zero carbon targets by 2050. The path to transition is highly complex and will require multiple approaches across commerce, but the Chancellor has recently announced that Britain will become the first country in the world to make large listed and private companies disclose the threats to their business from climate change by 2025, including banks, insurance companies and pension schemes. Boardrooms across the UK are therefore having to adapt to these changes and ensure their leadership posses the right skillsets to deliver on the net-zero trajectory.

To date, one approach has been to offset emissions, with a smaller focus on actually reducing emissions from operations. The risk in this lies in the finite global supply of quality carbon offset, which is currently only equivalent to 30% of UK annual emissions. The EU Emissions Trading Scheme, according to market analysis, is likely to see prices per ton increase from around 30 Euros to 55 Euros and as much as 100 Euros by mid-decade. This will increase costs for business and, by extension, consumers. If the government leaves the UK with no deal, the government will replace the ETS with a comparable market mechanic in the UK that would deliver a carbon price commensurate to the EU scheme. Mandatory reporting of carbon emission levels by large companies from 31 March 2020 already places further pressure on company boards for accurate reporting and to effect strategies to minimise carbon costs.

How the boardroom may need to adapt

Expertise and understanding of the carbon agenda across boardrooms can differ significantly. Whilst many companies and brands have been keen to announce long-term carbon reduction targets, their ability to deliver on these is questionable, which is borne out by a lack of deliverables and firm strategies.

So how will this play out in the boardroom, where are the knowledge gaps, and what are the opportunities for the future?

Hugo Kimber, Founder of Carbon Responsible, works across boardrooms to provide practical support in this area. His insight into the skills gap is interesting:

“Forward financial risk, investor demands, brand value, consumer sentiment, carbon costs, and disclosure requirements are all stimulating board-level consideration and action on emissions. Climate change is moving up the board agenda, partly driven by disclosure compliance, and whilst it remains tempting for companies to quantify and offset emissions as a primary response, reduction, as a hallmark of achievement, is where the greatest opportunities lie. Delivering these opportunities will be achieved by placing action at the heart of a business operation, not as a compliance bolt-on driven solely by TCFD or SECR considerations. Where boards do not have direct experience of practical action, identifying relevant talent within the company or upskilling using initial support from external specialists will be critical to success. Avoiding the temptation to communicate intent without supporting action and ensuring a fully embedded programme will be key differentiators”

In conclusion, whilst there is an increasing requirement for companies to provide accurate reporting and demonstrable progress on carbon reduction, the skillset, and experience required to deliver on this within the boardroom is a significant challenge. Eton Bridge Partners has grown a network of executives, skilled in this field to support those wishing to address this issue. Enquiries relating to this should be addressed to Ivan Bates.

Specialising in executive search within senior leadership and board-level positions, Ivan's extensive leadership and people management experience enables him to work closely with both clients and candidates with the C suite to ensure the best possible outcomes.