GB rower with sights on Tokyo 2020 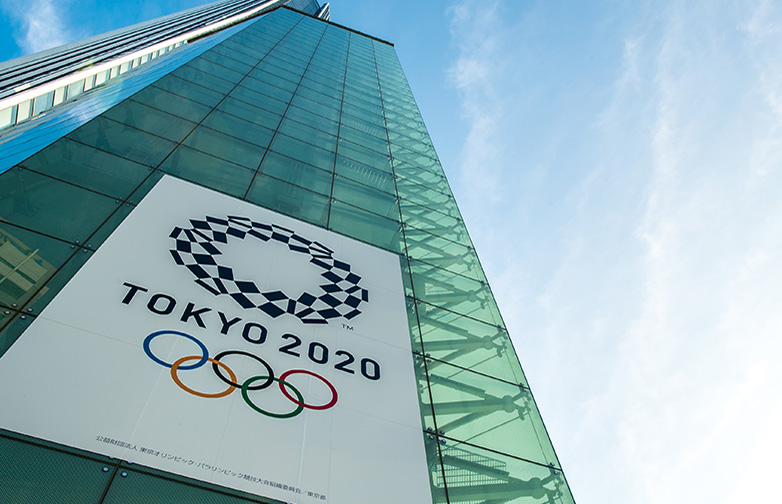 Eton Bridge Partners are delighted to announce that we are sponsoring GB rower, Oliver Cook. We will be supporting and working with Oliver in the lead up to the Olympics games in Toyko next year.

Oliver will be giving us regular updates on his progress and performance.

Here is an introduction to Ollie and his journey so far…

Hi, my name is Ollie Cook and I’m a member of the GB Rowing Team.

I’m 28 and this is my second Olympic cycle. I initially joined the GB senior team when I was 22, after the 2012 Olympics, as one of the youngest in the team, and now I find myself one of the oldest!

This season is the all-important Olympic Qualification season, where at the World Championships each boat class has to come within a top position to qualify the boat for the Olympic Games. And now of course, in less than 500 days, will be the opening ceremony of the Tokyo 2020 Olympic Games; an event that I have been training full time for over the past eight years.

My Dad, who stumbled across the club while out on a run, decided to take up the sport in his early 40s, and I think as a form of cheap babysitting, he used to take me with him. At the time there wasn’t any junior rowing at the club, so Dad set one up embarking on a bronze level coaching course, and I became the club’s first junior rower as a twelve-year-old. Initially there was only a handful of us, but the junior part of the club quickly grew, and today Eton Excelsior has one of the biggest junior rowing programs in the country.

My first rowing race was local near Staines. I caught a ‘crab’ (this is where the oar gets stuck in the water, usually upside down), I lost balance and fell in! Safe to say I lost the race, but I absolutely loved it! In fact, I fell in so many times (and occasionally still do!), that I was awarded the now inaugural ‘swimmer’ award for the most capsizes in one season. I continued to row at Eton Excelsior until I started secondary school at Abingdon School. Whilst I rowed at school, then at my undergraduate university LSE, it wasn’t really until I was in my last year at university that I started to take rowing more seriously. I was captain of the University of London Boat Club (ULBC), and I was trialling for the GB u23 team – the stepping stone to the senior Olympic team. The season went really well, and I was selected in the GB u23 team, and had my first senior race at the European Championships in the summer of 2012, after the London Olympics. 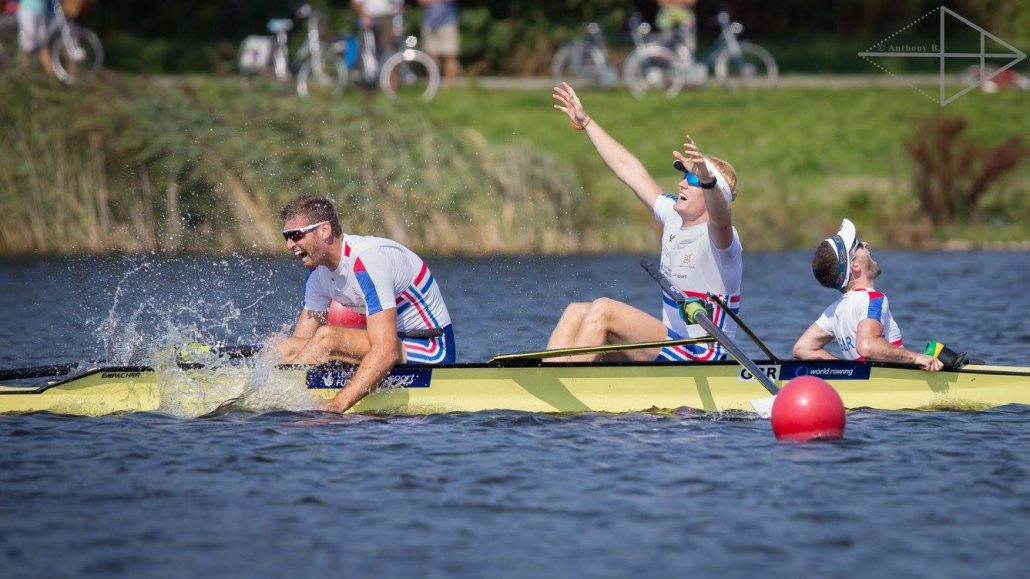 The photo was taken just after Ollie and his team mate crossed the line winning the World Championships in Rotterdam in 2016.

Since then I have been a full-time member of the GB senior team.  When I first started training in the team, it is more than fair to say that I was slightly overwhelmed by training with many guys who had been, and still were, huge role models; guys like Andrew Triggs-Hodge and Pete Reed – both who had already won two Olympics Games and had been in the team for almost ten years. I honestly felt like I had taken a wrong turning somewhere and was now in a team training, and in many ways, competing with these superstars.

Fast forward four years and it was now selection time for the Rio 2016 Olympic Games. Our head coach, the legendary German Jurgen Grobler (who has coached an Olympic winning crew at every Olympic Games since 1976), sat me down and told me that this was not going to be my Olympics. He told me it was a very close call, the testing had come down to less than one second, and that I was still needed as a spare in case any of the guys got ill or injured. One the one hand, if I told myself four years earlier that I would be so close to making the strongest rowing team in the world, I wouldn’t have believed it. Out of the rowers who competed at Rio, only two of them didn’t win gold. On the other hand, watching the guys get excited about going to the Olympic Games, seeing them get their Olympic kit and then watching them do so well on T.V was to be honest, more than a little heart breaking.

We are now less than 500 days away from the opening ceremony of Toyko 2020. Our training is starting to get ever more intense, and the dream of the Olympic Games is beginning to crystallise and become more real. I hope to share with you some of the lessons that I’ve learnt and am still learning on my journey as an athlete hoping to race and represent Great Britain at the Olympic Games.