Home > Insights & Inspiration > Articles > How has Procurement and Supply Chain displayed resilience in response to Covid-19?

How has Procurement and Supply Chain displayed resilience in response to Covid-19? 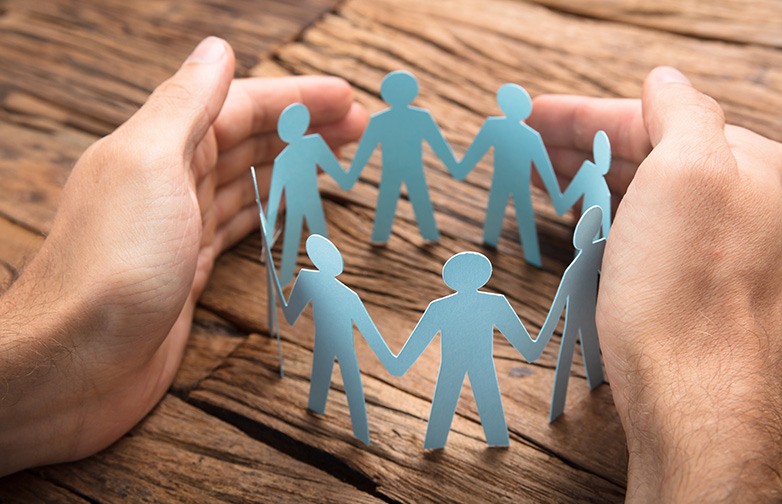 For more than a year, individuals and organisations have faced an extraordinary set of challenges to their resilience. In the context of Procurement and Supply Chain, how have they coped, and what lessons have they learnt?

Ross Dawson, Operations, Procurement & Supply Chain Practice Lead, with her colleague Ivan Bates, share the insights from an intriguing and wide-ranging discussion between a group of senior figures in the sector.

What does resilience look like in leaders and teams?

Mark: The only way to respond to Covid, as well as Brexit and the goal to grow the business, was to go at it, and to motivate and keep encouraging the team.

We’ve all gone through a massive learning curve in the past year and are still going through it now. To build resilience, you have to do the job and learn from the experience.

It’s been a tough gig. In my 31 years of working I’ve done developments, startups and transformations, but last year was the hardest and most stressful time of my working life. But it helps to have had that experience.

Philip: I’ve worked through a coup in Moscow, SARS, mad cow disease and CO2 shortages. The one thing you have to believe when you are in a crisis is: This too shall pass.

You have to be calm, think about things logically and not fly off the handle. If you do, that feeds through your team.

A lot of our team are young, so if you can be a rock in stormy seas and continually say ‘you can get through it’, they benefit from seeing that.

What examples of resilience have you seen during Covid-19?

Howard: It was interesting to see how the retail industry dealt with partners in the supply chain. Take the fashion sector; they were closed down, they had stock ordered and couldn’t sell it. Some retailers shut their doors, said they were not going to take the stock and effectively ruined the relationship with their supply base. Enlightened retailers had in-depth conversations with suppliers – they compromised and came to an agreement. Some of the big grocers started to talk to each other. Would Tesco have had such a conversation with Sainsbury’s five years ago? Talking to each other and coming to a strategy that helped them cope so they all came out at the other end served some retailers very well. Those that didn’t do this are paying the price in poor relationships with their supply base.

Nick: Diageo quickly set aside £100million to bail out all their pubs. They realised their customer base was predominately small independent outfits that could all fold. So, they propped them up and bought back the beer they’d sold. All the Guinness in Ireland was used to fertilise Christmas trees.

Arnaud: It was an extraordinary time. When have we ever had a crisis like this where a company had to cut its forecast by 75-80 per cent?

Howard: A lot of organisations realised how quickly they could move and adapt. Look at Tesco’s capability to scale online deliveries. That decision-making process would normally have taken two or three years – they did it in six weeks.  The pandemic focused minds, and organisations quickly learnt from this and simplified their structures.

Hari: Product testing in the NHS had to be accelerated massively, and that was a challenge. That’s how you got stories about £20million worth of gloves no one could use.

In the early days of the pandemic, the Americans were going to China where there was a supplier who had guaranteed equipment to the NHS.

It was like a spy movie. They had suitcases of cash, they were intercepting NHS supplies and saying: “Here’s a suitcase, it’s 20 per cent more, divert it to this plane, not that plane going to the UK.”

One MD told the Exchequer we were fighting the Americans and other nations in the scramble for PPE coming out of China. The UK considered sending a team out to work closely with the FCO, but continued to work remotely. Crazy times – but we learnt so much!

Nick: Early this year, Wiskas cat food was off the shelf for weeks. I heard it was the packaging. There was one plant in Europe making the plastic foil packaging and they couldn’t get it to the UK.

Stuart: I was working for a supply chain planning software company with a broad customer base. Some demand was going up five-fold, others were seeing demand down by 80 per cent.

What was consistent was that no one could predict quite what was going to happen in their areas as we went in and out of lockdown. All were lacking a scenario planning capability. More than trying to predict the unpredictable, it’s important to be able to plan and implement scenarios quickly.

Hilary: Look at the number of restaurants that quickly turned around and said they would deliver meals. As a result, they’ve got through. The money might not have been as good, but they survived. That’s about agility and speedy response.

David: Our shops had to shut, but our mobile app andwebsite were well established and robust enough to deal with the volumes of traffic.

When sport stopped for a period of time we sourced all sorts of different action for people to bet on, obscure stuff like table tennis in Korea and Belarussian football.

We had to move very fast. If we didn’t do it, our competitors would have.

Have attitudes to Procurement and Supply Chain changed?

Hari: During the dotcom crash and the financial crisis of 2008, procurement and supply chain weren’t really affected. With Covid, suddenly the most important team was supply chain. Between the first and second waves, the NHS learnt so much in terms of procurement. You had an organisation of 1.1million people changing in six months. It was extraordinary.

Fabio: There’s been more de-risking in the purchasing supply chain. People are looking for alternative sources to make sure we’re always ready for any scenario.

Stuart: The voice of the supply chain is being heard more prominently within organisations. It’s the nature of our profession that resilience is always front and centre; suppliers can let you down, or things go wrong in factories. Dealing with disruption is part of our world, and having that prominent voice in businesses will be a good thing as it helps to build resilience.

Nick: We’re usually responding to demand, but here the supply chain defined the capacity of the NHS, which in turn drove the entire agenda of how lockdown worked. We effectively shaped the market by modeling how many hospital beds would be available. There is a real role for supply chain to shape demand going forward.

What lessons have been learnt?

Paul: Speed was the overriding critical factor for both corporates and the public sector. I hope we don’t revert back entirely to old ways of working, I hope we’ve learnt. At the same time, I hope we don’t try to run businesses in crisis mode. You carry an awful lot of risk when speed is king.

Hari: There are probably people in procurement at the NHS nervous about what might come out at the public inquiry. I don’t blame them, but there was speed without too much thought. It was almost like wartime. We’ve learnt that we have to move in the public sector as fast as the corporate sector. We now have a dynamic framework and a quicker procurement process that didn’t exist 12-18 months ago.

Paul: I hope we don’t see people punished for taking risks to get stuff done. It’s easy with the benefit of hindsight but in the fog of war it was important to get it done, otherwise people were dying.

Fabio: I don’t think we’ve seen all the repercussions of all the Wild West purchasing in a needs-must scenario.

There are containers still full of PPE, the freight rate is through the roof, many companies have gone bust and there are others who have pivoted to supply an immediate demand. This will be unravelling for years to come.

Paul: There’s a fascinating piece of research to be done on companies who survived and those who didn’t. I’m not convinced that the type of resilience that’s got companies through this is about building walls around them. It’s about being agile and reacting quickly, with good knowledge about what the business is and how it works – all whilst moving quickly based on good information.

Hilary: People are asking how much collaboration there will be between companies in the same industry. The reality is, if you’re beholden to shareholders and they’re looking for something different, you have to respond to that. I’m not saying collaboration won’t happen, but it will be diluted.

Howard: Over the last year, people have learnt that every so often when the pressure builds, you need to take a few days out. People haven’t had any down time and I think that will tell over the next few months.

Paul: We need to be aware of that in our teams. There are things we didn’t need to care about as leaders before; it would have felt intrusive to want to know about the living circumstances of team members. Now you need to care about them and provide an appropriate level of support.

Challenging the norm: Do you really need a ‘Big Bang’ Transformation, or is improvement enough?

What impact has Brexit had on Procurement and Supply Chain?