Home / A Growth Mindset – Your organisation’s most powerful asset

A Growth Mindset – Your organisation’s most powerful asset 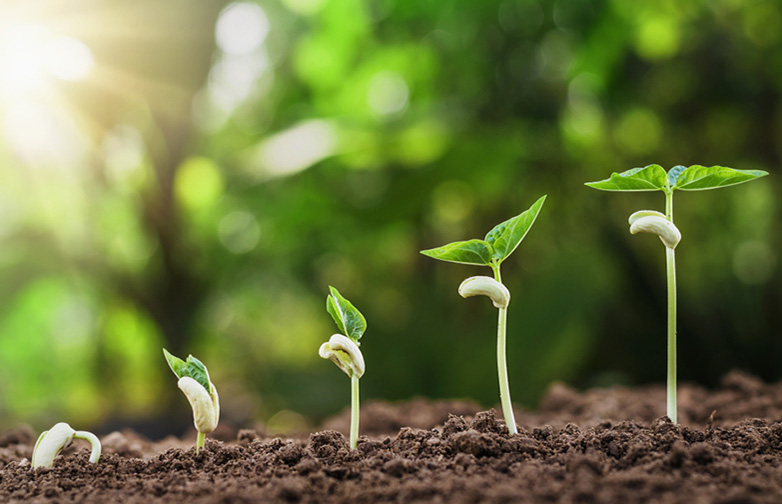 As both an Executive Search and HR professional I have had the opportunity to meet a variety of individuals across a divergence of industries, specialisms and countries. What strikes me is that what ‘good looks like’ is changing.

Organisations are evolving in appreciating differing skill sets and ‘mindsets’ – being open to change, self-reflection and having the ability to be nimble and flexible at all levels. With the future of work set to change, through the rise of the gig economy and encroaching automation, what will the world look like for us, our organisations and our children? How can we adapt and also best equip future generations to prepare them for what lies ahead?

Having the right mindset is crucial if we are to keep pace with change. I first read the ‘Growth Mindset’ by Dr Carol Dweck in 2015 and continue to revisit it. It is a concept that I find fascinating and I have seen first-hand how it has inspired real behavioural change in individuals in my professional network.

The words that follow are simply an introduction to an impressive piece of work that we can readily apply in every aspect of our lives. It is already proving incredibly successful in the business world.

Why you need a growth mindset

A growth mindset is the belief that people should never stop learning. Growth, success and continuous improvement come from being curious, having the confidence to seek out new opportunities, and to learn from mistakes and situations where things haven’t gone right. It’s also the understanding that nothing is perfect, everything we do can be improved on in some way.

The growth mindset is a philosophy born out of research by Dr Dweck, a world-renowned psychologist with a passion for understanding how people cope with failure. She studied this through observing students and how they dealt with complex problems. Following decades of research, she put forward the idea that success does not come from our innate talent, our genes or anything we’re born with, rather it’s about our tendency to approach our goals either from a growth or fixed mindset.

A fixed mindset is the belief that talent is innate – you’re born a certain way, work with what you’re given and you don’t have an ability to change. A growth mindset is based on a belief that you can cultivate your qualities, talents and intelligence through effort. Of course, as individuals we all have own unique genes, personalities and aptitudes, but it’s how we learn from our experiences and the approach we take to our lives that will lead us the rest of the way.

How a growth mindset applies in business

There are a number of major organisations that are successfully adopting a growth mindset: GE, Bloomberg, P&G, and Apple. In 2014, Microsoft’s new CEO, Satya Nadella, embarked on a journey to change the culture of the 40-year-old tech company that had been left behind by the likes of Google and Apple.

Nadella embraced a growth mindset culture, developing himself as a leader and transforming the culture of Microsoft to be more open, innovative, collaborative and curious; a company of “learn-it-alls” rather than “know-it-alls”. There’s continuous feedback on performance and an expectation that managers encourage learning and new ideas. It is about creating a safe environment for employees to express themselves, and foster the ownership of solutions to challenges. Obviously there are other contributing factors, but this fundamental change has had a dramatic impact on the organisation. Since Nadella’s joined the company’s share price has trebled and Microsoft recently announced record annual revenues.

According to Dweck’s research, employees working in a company that encourages growth mindsets are:

The growth mindset is not, however, just an approach for big business. Entrepreneurs often have numerous ideas, or 4 or 5 companies, before they create something successful. They do not regard this as failure, but rather a process that leads to eventual success. It is the learning they take from this process that makes their successful venture stronger.

Of course, individuals can’t simply be divided into one mindset or the other. Dweck notes people are usually a mixture of fixed and growth, depending on the situation. For organisations and managers it’s about putting in place a culture where it’s ok to make mistakes, creating an environment where employees feel safe and are empowered to take on challenges.

How businesses reward effort and learning over outcome

Traditional annual reviews feed into a fixed mindset. A typical review scenario involves employees being given a rating or a rank compared with their peers in order for them to be attributed a particular bonus. An employee is rewarded only for historic performance, based upon criteria set by their manager. This encourages the employee to focus only on narrow criteria for success; it does not promote ownership, innovation or initiative.

By adopting a growth mindset, however, the outcome of any review is more about rating an individual against themselves. How have they developed professionally over the past month or quarter? What have they learned that makes themselves and the work they do better? It is more of a forward-looking approach, driving development for the future. It should be a continuous conversation with an employee or manager, rather than something that happens once on a six-month or yearly basis.

I’ve worked with organisations where employees are all rated relative to each other on a bell curve. While many organisations spend months planning and executing their annual performance review it could be argued that it’s not beneficial and a lot of time is wasted in compiling the data that allows you to then attribute bonuses in a rigid reward structure. Organisations adopting a growth mindset have taken a different approach. Gap, GE, Accenture have dropped annual reviews and instead build in goals that are more fluid through frequent feedback discussions. Typically, these companies might encourage 15-20% of the goals for the coming period to be driven by the employee, empowering them and encouraging ownership of projects. They ask employees: “what will you do to learn?”, to drive a process of self-development. They offer forward-looking coaching, rather backward-looking reviews.

Organisations need to move away from hiring according to skill set alone, or only selecting candidates from red-brick universities. The world of work is changing. Deloitte’s review – Catch The Wave: 21st Century Careers – notes that: “skills can become obsolete in a few years and in the age of the Gig Economy employees might change careers 5-6 times in their lifetimes”. This means organisations should think more about hiring people based on their ability to learn, character, attitude and adaptability, rather than fixed skills. Jack Welch (GE’s former CEO) took it upon himself to hire his leadership team according to runway not pedigree. For his leadership team, he looked deliberately outside Ivy League institutions, recruiting instead from colleges and the military.

Why we must act now!

Organisations can’t afford to standstill and they need employees that will help them evolve and innovate. Companies that do that have the ability to change. Google, for example, started out as a search engine, now it makes laptops, Virtual Reality headsets and is a major investor in driverless cars. Amazon used to be an online bookstore, now it is a technology giant that offers cloud computing, online video streaming, it delivers groceries to your door and has begun opening checkout-free stores.

To achieve a growth mindset, the fear of failure and chasing perfection should be avoided – it’s exhausting. Unfortunately, we continue to see a rise in the number of employees and CEOs ‘burning out’ or suffering from stress. Acknowledging perfection is unobtainable and viewing what we once perceived as failure as an opportunity for learning and growth is liberating and empowering. It takes the pressure off and, in addition to creating a stronger, more adaptable organisation, it can foster better mental health in the workplace.

Could you move yourself and your organisation towards a growth mindset? Perhaps the better question is: Can you afford not to?

If you are curious about which mindset you tend towards, why not take Dr Dweck’s online test here.

To find out more about Dr Dweck’s research and her book ‘Mindset: the new psychology of success’ visit: mindsetonline.com.