Home / The pursuit of optimum mental performance: Exploring the importance of mood, environment and team culture in defining individual and business success

The pursuit of optimum mental performance: Exploring the importance of mood, environment and team culture in defining individual and business success 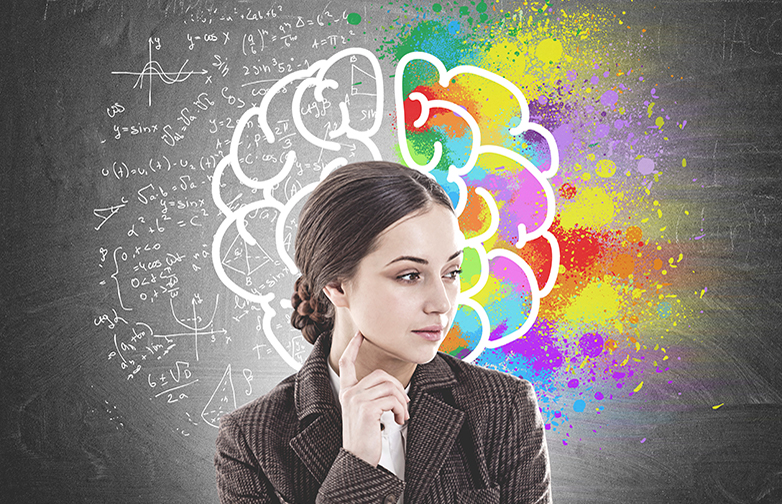 Damien Stork is the Founder of CHX Performance, an organisation that runs experiential learning events, seminars, and workshops for corporate leadership teams – with the goal of bringing psychological performance, alongside physical and mental wellbeing, into the heart of team culture. These are initiatives aimed at defining and creating the best environment for people to work within, and instilling a desire to make changes whilst delivering the type of learning experience that makes it all possible. Ben Cowan, Partner on the Business Transformation & Technology Practice at Eton Bridge Partners, caught up with Damien to talk about the factors impacting our mental health – and what we can do to inspire better performance.

BC: Damien, you work closely with a variety of CxOs – what would you say are the main topics on their minds?

DS: In my line of work, the subject a client first gets in touch with us about is almost invariably stress. It’s usually a CEO or a HR Director that’s noticed a real need to shake things up, to change ‘business as usual’, and to give senior management a fresh set of options for dealing with the uncertainties caused by a constantly shifting operational environment. This is understandable of course, given the change agendas inside most businesses, and it’s important for executives to appreciate that transformation can be tough on people as well as process.

BC: That’s certainly the feedback we get from many of our experienced interims, who paint a picture of change being wide-reaching, and the environments in which they work becoming more and more pressurised. I guess the question therefore is, how can we turn this fluid, dynamic atmosphere to our advantage?

DS: I find the word ‘advantage’ interesting because it speaks at both the communal and personal levels. Taking this latter point, I would suggest that the second most common reason clients engage with my company is to prepare a team or individuals for what lies ahead. We help with their quest to find certainty in an uncertain world. That said, what amazes me most is the painstaking and meticulous nature of preparation that companies commit to projects, bids, pitches, even business-as-usual tasks etc. – whilst overlooking the greatest asset at their disposal: people.

By analysing, executing, and ‘operationalising’ all day long, we as employees almost invariably neglect ourselves. Doing this over a concerted period of time leads to our rational brain (prefrontal cortex) becoming undermined, despite it being the determining factor in whether a transformation project will ultimately succeed or not.

It’s also worth highlighting the fact that we no longer blend with our environments. Over the past 2,000 years, these have radically transformed as man moved on from being hunters/ gatherers – but our brains haven’t. At the same time, I would argue that most modern work environments are designed to prevent individuals from truly settling down and adapting to their roles in a way that leaves them feeling both adequate and empowered.

That’s why to me, the more pertinent question is whether this approach remains sustainable? One thing for certain is that the term business-as-usual has almost certainly become obsolete. What’s more, a cocktail of hormones and biological processes has slowly filled the void caused by this demise – and these are proving not fit for purpose.

As for the answer, I would suggest that collectively we should all work harder to ensure that such natural responses to an ill-fitting environment don’t rule us. Rather, there needs to be an appreciation that our goals can be achieved relatively easily with a bottom up approach. If we want to promote optimum mental performance, we need to start with what supports our brain functions as an organ: physiology and environment.

BC: So true Damien. To explore that point further, how do we know if our rational brains are in charge?

DS: Well, the best and simplest way is to monitor the mood of both yourself and the wider group, which is an activity that can quickly highlight the link between performance and culture. I say that because we sum up ‘culture’ as being the aggregate of behaviours within a tightly defined group. Equally, emotions and mood are ideal alarm systems for checking in with personal wellbeing. Such qualities are hard-wired into an individual, as these were initially the triggers that got us hunting or fighting, prompted by everyday occurrences as fear, hunger, or anxiety.

What’s more, these environmental triggers set off the production of stress hormones to galvanise us, whilst shutting off most rational thought in an effort to focus the mind on surviving or feeding etc. The trouble is that these stress hormones, which evolved over time to reinforce our ‘flight or fight’ responses, are now in fact starting to kill us. By this I mean literally in the long-term, as well as both culturally and performance-wise in the short-term.

Stress, energy, and mood inputs and outputs are all connected to each other. By understanding this, businesses can start to see how virtuous or vicious cycles can emerge, and how these influence a good or bad team culture. Indeed, I would suggest that this social component to the overall working environment is the biggest determinant of success in any given transformation project – or even ‘business as usual’.

Hence why I say to many corporate leaders: “Look around you. If your colleagues aren’t performing at their best, then it is highly likely you aren’t either”.  That’s why it’s vital, before you immerse yourself in the next action, to get the social dimension right. Do that and all of a sudden collaboration and communication becomes seamless, more effortless, where people find they have the headroom for discussion and planning, and where the mood or culture of the team is positive, clear and supported. That’s the environment that indicates the rational brain is in control.

BC: We can all see individuals handling stress in different ways, but do you have any advice for how can we control our own reactions?

DS: Stress is produced internally by our adrenal glands. We tend to think of it as being an external ‘thing’ that happens to us, but in reality it’s an organic response to triggers we experience (and interpret) in our immediate environment. As for controlling these reactions, that’s largely done through how we eat, sleep, relax, exercise, interact and use the outdoors.

The reality therefore is that different people will have different baseline stress levels due to contrasting lifestyles: someone with a high baseline will generally respond poorly to a high stress environmental trigger, while someone with healthy cortisol levels will respond far better. What we really want to avoid is a position where we’re constantly suppressing natural emotional or mood responses – because this is literally exhausting. Instead, what we want to create is an internal environment where these responses don’t tip into emotions such as anger or sustained frustration.

We often forget that our brains are organs. We tend to think of the quality of our minds as being some kind of hand we’re dealt at birth, alongside characteristics such as being “short tempered”, “grumpy” etc, but this is a fallacy: Mind is simply a function of the brain, and just like the degree of musculature in a bicep, you can enhance the quality of cerebral outputs.  We have control of our minds health, how it performs, how it develops and ultimately whether or not we maintain its fitness into our later years.

If we focus on quality outputs such as concentration and memory, we naturally improve our health as well as our personal performance. What’s more, if we look after the brain then all other outputs including mood are optimised. This is easier said than done: just asking the grumpy chap in the corner to cheer up doesn’t always work!!

Experience also suggests that for a typical member of the working population there’s a clear mental performance continuum: At one end there’s the coping and basic survival mentality, and at the other we have optimum mental performance.  People don’t appreciate how easy it is to move from one end to the other if they get things right or wrong. To stay at the right end, you need a bottom up approach. By this I mean that a person’s reaction to the pressures caused by a demanding job aren’t going to be solved by a mindfulness workshop. Instead the solution starts with sleep, nutrition, movement, and then progresses to your physical and social environments.

BC: So what practical advice do you have for the Transformation Director who’s up against it, or the turnaround expert who’s working hard but might not be heading back up to the surface just yet?

DS: I would say: “stop what you are doing just for a moment and start with YOU”.

Sounds simple, but it’s vital to focus on the foundations. Get these right and you have way more chance of getting through the tough periods, with your health, job, marriage, and sense of humour intact!

BC: One final question: In an environment charged with pressure or stress, how do you avoid being absorbed by the ‘group mood’

DS: The easiest thing to do, at least in the long-term, is to proactively help set the prevailing mood. Granted one person alone will struggle to change the mood or culture, but the majority certainly can. I would encourage people and businesses to put ‘mood’ on the agenda, and to actively define what they want it to be – and how they can positively create it.

Aside from that, I would again promote the importance of diet. It’s critical that people understand the connection between what they put in their mouths and their energy levels.  That one wrong choice can leave them feeling dispirited, lethargic, and demoralised. Constant Energy = Constant Mood.

At Eton Bridge, relationships really are at the heart of all we do and that starts with our own team